Let’s have a little chat about breaking hearts.

If you are going to hurt someone emotionally in any way, there is a way it needs to be handled. Whether you were in a serious relationship, just talking, having a casual relationship, etc. You need to man or woman up and handle it respectfully. From my experience, I’ve come up with a few guidelines to go by if you’re in the position to break someone’s heart or hurt them emotionally. I’ll refrain from using any vulgar language although some of these points might be better made to some people if I did.

So just keep these things in mind if you’re ever in a position to hold someone’s heart in your hand or even just their emotions. Respect them, own up to your decisions and be kind. It makes it a lot easier on everyone. 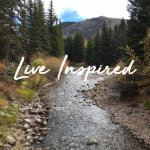